Posted on February 26, 2018 by Bernard Markowicz

We all know how the United States is struggling with how much access should citizen be given to guns.  The underlying basis for granting citizens access to guns is that it will prevent Government tyranny.  My thesis here is that this notion is as outdated today as the steam engine is.  Government tyranny cannot be prevented by guns in the hands of anyone. 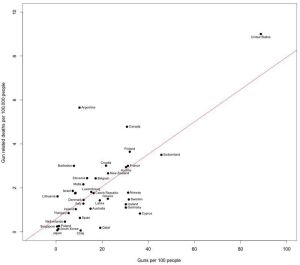 t countries strongly regulate fire arm ownership.  The impact on the number of mass shootings is plain to see in the graph from Vox.com to the left where the US is clearly an outlier.  Are these guns a credible antidote against Government tyranny today, which is the stated purpose of the Second Amendment?

In my view, the notion that guns in the hands of a well-regulated Militia could guard against such possible tyranny makes as much sense as traveling from New York to San Francisco by steam train in the age of the Boeing 787…

Owning guns may have made sense back then, but today the Government of the United States is vast and decentralized.  Perhaps too vast some would say but that is a topic for another post…  Would a Militia equipped with firearms be of any practical effect against a Government military that uses helicopter gunships, radar- and laser-guided missiles,  satellite photography, artificial intelligence?  (see how the US military destroyed a poorly equipped Russian militia in Syria a few days ago.)

Today’s Government is nothing like the Nation’s founding fathers could have imagined. It is far more complex and relies heavily on technology.  Government today is made of rules, regulations, procedures and automated systems as much as it is composed of people.

Sadly, we have now seen first hand what attacking a Government is like in the information age.  Hacking government information systems and leveraging social media, in fact, are proving far more effective than firearms could ever be, including: 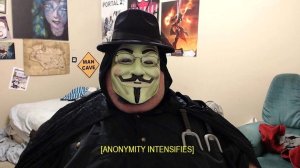 The Second Amendment is an empty promise that is being perpetuated by the National Rifle Association in order to sell guns.

Let me know what you think…